Trade professional? We'd love to work with you! Learn more...

Current Gallery: herefordmappamundi1285 ( piece)
This gallery is devoted exclusively to information, maps, and images related to The Hereford Mappa Mundi. The Hereford Mappa Mundi is the oldest most famous world map known to exist and is the grandest medieval map known. It was created sometime between 1280 AD and 1300 AD and Jerusalem is at the center of the map. Images of mankind’s history and natural wonders of the world were drawn in and it reveals how thirteenth century scholars viewed the world in religious and geographical ways. This map has deep ties to the Hereford Cathedral in Hereford, England where it is on display. When it was first created it was housed in a wooden triptych some 10 feet wide, and would probably have been displayed in a prominent place in the cathedral, an aid to devotion and instruction. Initially regarded with reverence, in the centuries that followed its creation the Hereford World Map fell into disuse. At one point – perhaps during the Civil War - it was stored under the floor of the cathedral’s Audley Chapel. Worse was to follow. In the 1780s the wings of the triptych were destroyed or lost, and in the early 19th century the map was found under a pile of lumber. In 1855 it was taken to the British Museum, where the back panel of the original triptych was removed and mislaid; it was only rediscovered in the 1980s. Although various repairs were undertaken, including patches added in the 19th century and parchment strip edge repair in 1948, many of these actually caused further distortions. Some sources say the original map was created by Richard of Haldingham or Richard of Lafford other sources state it was created by a group of gifted craftsmen and artists. Detailed analysis of the techniques used reveal the hand of a professional scribe (writing both in Anglo-Norman and Latin), at least one artist who drew outlines, another to outline in ink and add colour, and possibly others who drew rivers, mountain ranges and the decorative foliage border. Finally, a professional limner added display lettering in gold in a beautiful Lombardic script. The map was created from a single calf skin of exceptional size and quality, specially treated to preserve its luminous finish. From this splendid base to the carved oak triptych in which the map was displayed, everything about its production suggests an exacting, expensive process that took a year or more to conclude. “Mappa Mundi” is Latin for “World Map” One very interesting feature of this famous map is East is at the top of the map, North is on the left, South on the right, and West on the bottom. If you look at the numbered copy you will see that “Paradise” is at the 12 o’clock position on the map. This may be a reference to “heaven or the garden of Eden.” During WW II copies of this were put in Japanese text books since this position corresponded roughly to Japan. The cartographers of this map may have reasoned, ”Well paradise is obviously nowhere in Europe, Africa, Asia, or anyplace we are familiar with. It must be far east from here.” Of course they had no knowledge of the far east or the western hemisphere. Since they placed paradise on the eastward most point on the map, that may have explained why East was put at the top of the map. It may have been why the shape of the map is pointed at the top indicating an arrow pointing in that direction to heaven “to Glorify God” and to indicate that “our lives need to and we need to get closer to God, not by going east on the map, not by travelling to Japan, but by maturing spiritually and morally, by following Jesus, worshipping God, drawing close to God, avoiding and abstaining from sin.” MY INSIGHT: PURPOSE OF THE HEREFORD MAPPA MUNDI 1300 I believe the purpose of this map was threefold: 1 Educational to show the known world and illustrations of points of interest and important facts 2 Instructional to indicate that our lives need to move closer to Father God, Jesus, and the Holy Spirit in paradise, heaven by the arrow shape of 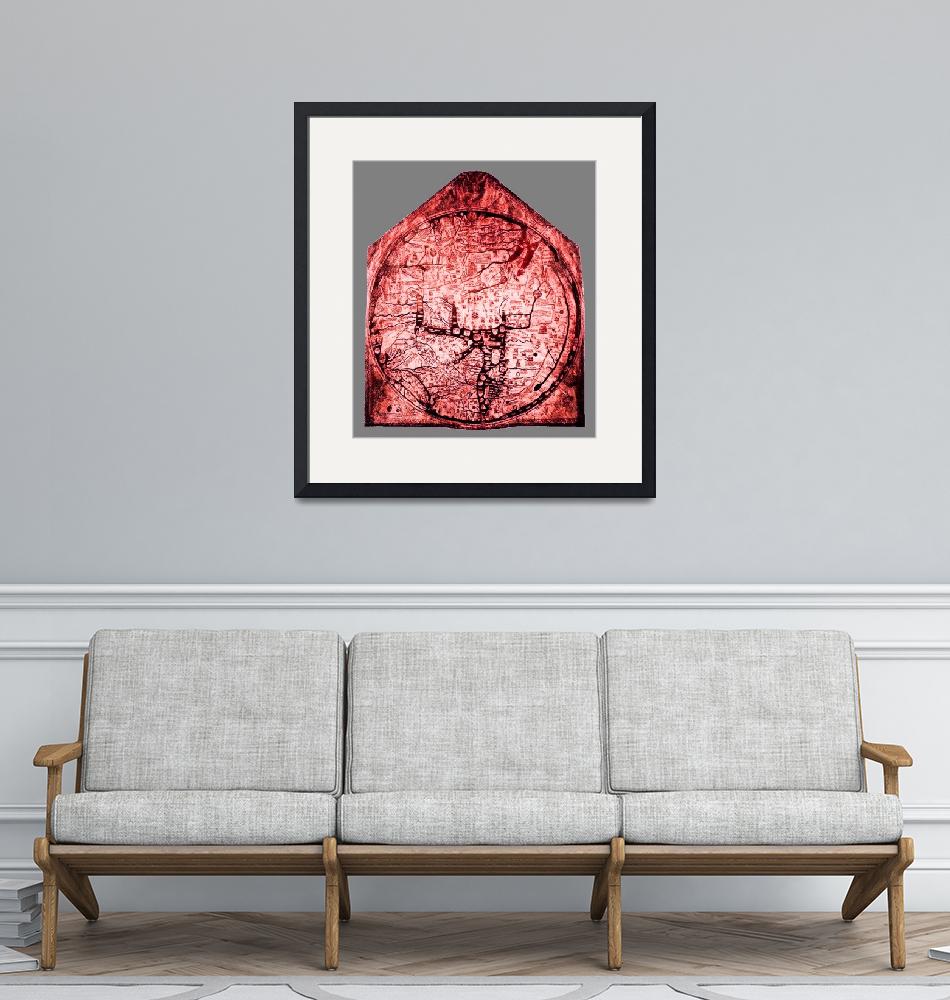